I didn’t use any desktop application for Twitter so far , I refuse to keep receive notification by Twitter on every update , I prefer to read the tweets when I feel like to , that’s why I been using Brizzly as my twitter web client. 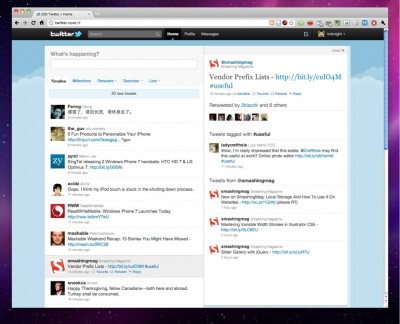 As you can see the #NewTwitter Interface become 2 column , on the left will be your usual timeline, on the left it will show the related info on the highlight tweets, example user’s bio that mention in the tweets , tweets that mention about the user and the latest tweets from the user, user that reply this tweet, user that retweet this tweet and etc.