I read a lot of blog daily, most of the time in my google reader , there will be few hundred rss feed waiting for me to clear and because of this i have some wierd habit for fast read.

When i doing my “fast read” those link which worth a proper read or web service which is interesting , i will need to keep it, most of the time i just drag and put on my bookmarks toolbar, it’s a bit meaning less to keep it direct to del.icio.us because some just require once of reading and some might be just a piece of junk after you read properly.

Because of this i digging out some read later serice, which allow you to save now and read it later, one of the problem i facing is the bookmarklet for all these service is not working , because i m using the no script addon.

Instantpaper – simple and straightfoward , one of the highlight is provide rss feed for your bookmark 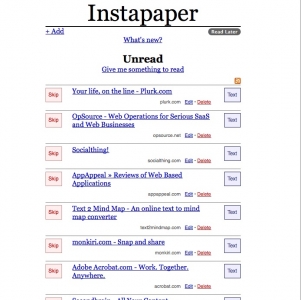 laterloop – nice & clean interface, having both firefox and IE extension, offline reading is make use of scrapbook plugin. there is “Star” feature 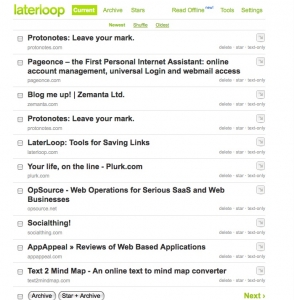 readbag – feature full service, it include daily digest, google gear support, firefox extension, greasemonkey for google reader etc, but i find it a  bit slow compare to the rest. 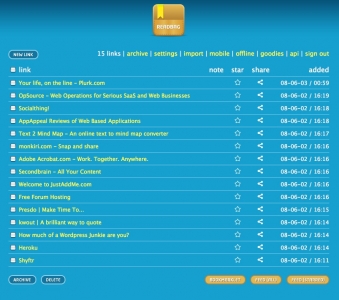 my vote ? going to Laterloop because as i say i using no script addon, most of the site will have javascript disable, bookmarklet won’t work, so Instantpaper out for sure, the remaining 2 both have firefox addon to support, but only Laterloop‘s firefox addon support firefox 3 RC1, thats why it become my choice.

p/s there is a read it later firefox addon special for this, but during i blog about this , it seem like down , give it a try if you don’t like all these 3 serivce, Read It Later