So one of the first thing I wish to review is my expense, I going to share some of the stat  on what I spending online, this exclude those monthly routine charge like Linode hosting and Woo Themes Club .

The main company that I spend the most is Appsumo, a daily deals for web geek site, I bought 3 ebooks and some topup credit during promo, next will be my favourite Envato sites, instead of earning money from the market, I been spending on some e-book and stock images, currently I have partner with a photographer friend to start doing some business on Envato market place, hopefully 2012 it can become one of my income source. 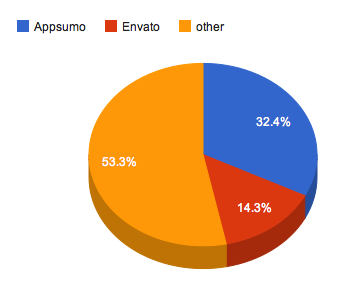 The next pie chart is a break down type of my expense , the market credit includes the top up credit that I spend on Appsumo and Envato market places, spending 17% on e-book is one of the big mistake I think I only completed 30% of the e-book that I bought and 4 more physical book that waiting for me.The 26.5 % of Mac Apps is all out of Mac App Store, which mean these people either sell their Mac Apps as an indie developer or their company selling the apps without getting into Mac App Store. 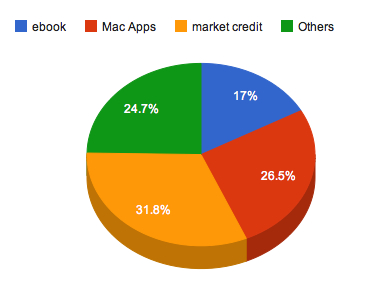 So the last chart is everything I spend on Mac software, the iOS part is exclude of gaming, that’s why it become the smallest portion. The Mac App Store is the biggest portion because of Mac OSX Lion, the $29 dollar OS. I guess most likely I will have a more detail Mac Apps Post coming soon 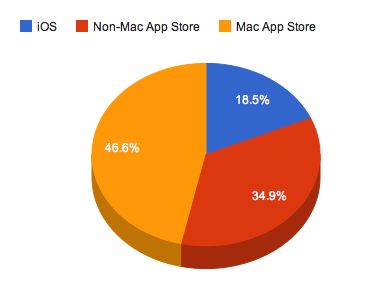 There is no doubt looking back all these expense, some are really consider wasted, but the good thing is after you review it, you know where is the problem and deal with it the next year.